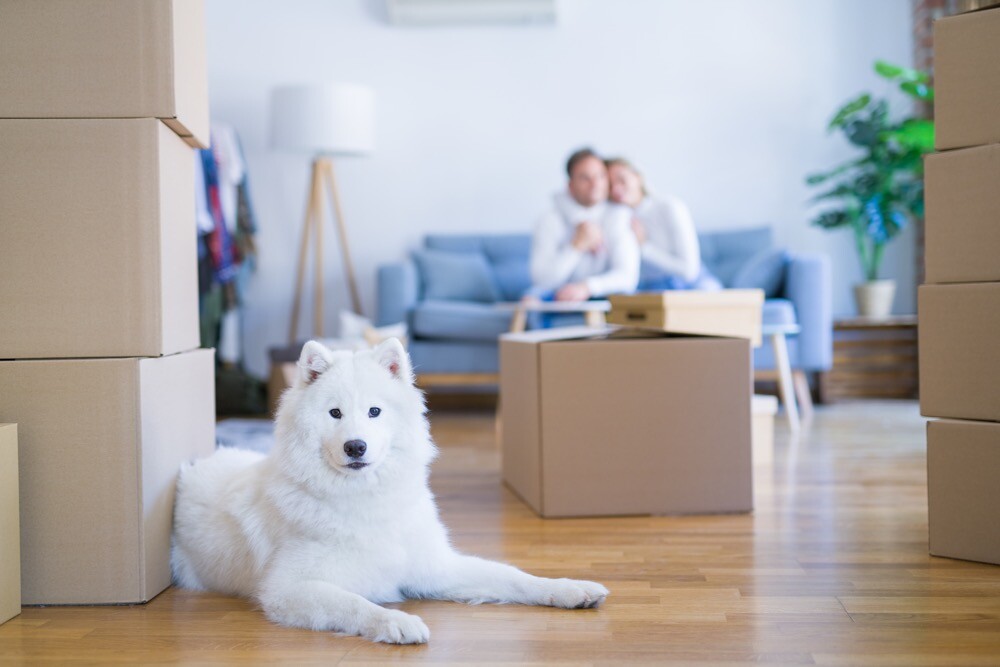 Got a couple of dogs? A cat or two? A big aquarium filled with exotic fish? Whatever it is, when moving day approaches, you’re going to need a plan to get them from one home to another. Better you get prepared for it now rather than scramble on the day.

Some animals are going to be easier than others to move. So let’s talk about them first.

Moving with Dogs and Cats

These furry friends typically roam free around your home, and you’ll probably want to get them free to roam around your new home as soon as possible.

But you also won’t want them in the way on moving day. Consider asking a friend to take care of them for the day and sparing them the chaos of the move (and the chance of running out the front door). But if that’s not possible, you could place them in a section of your home that’s already empty along with a handful of toys, food and water, and a bed. Then when you’re making that last trip, transport them however you usually would.

Either way, make sure you’ve got those essentials clearly marked during the move so you can unpack them immediately when you arrive. You might be okay sleeping on a couch or a mattress for the night if you don’t have time to set up your bed, but your pets will appreciate as much familiarity as possible as you set up your new home.

Reptiles, Hamsters, And Other Animals that Live in Cages/Tanks

For many other critters, the move will be relatively smooth. If you have something like a snake or a hamster that you may regularly take out of its tank or cage, the process isn’t too much difficult. Consider getting a transport-friendly carrier if you don’t have one, but either way, make sure that whatever they’re in doesn’t contain any other objects that may shift around during the drive, as this may injure them.

Get your tiny friend set back up as soon as you can when you arrive with all the things it usually has access to, like food, toys, exercise items, and so on. This will reduce the stress from the move.

How to Move Aquariums

This is where it gets complicated and much more difficult. Moving with an aquarium is fraught with challenges if you want to get your fish into your new home.

You’ll want to save a good 70% of the tank water for instance. You’ll also need fish bags and buckets to get your fish from one place to another. You’ll need to empty the tank of all gravel and decorative pieces. And of course, you have to move the heavy aquarium itself — and if the move causes damage to the tank, you won’t have a lot of time to get it fixed.

If you’re uncertain about how to move your aquarium, this is a task best left to specialists — many moving companies actually can’t help with this equipment.

Robust Move is a 5-star moving company! When you move with us, you can stop worrying about all those boxes and getting them moved. Instead? Spend that time easing your pets into your new home.

Start with a quote right below.